M’sians are uploading scenes from Mat Kilau movies online, but do you know it’s a crime?

It has become standard for a number of cinema patrons to “announce” what they are watching by uploading clips from the film to their social media accounts.

Facebook page, Jabatan Netizen Negara shared some screenshots of the movie Mat Kilau which was uploaded by a few Tik Tok users.

Although it may seem like a common occurrence among cinema patrons, do you know that is it really a crime?

The screenshots that were uploaded to Jabatan Netizen Negara were not the only ones. In fact, some people recorded parts of the movie and posted them on social media. He even caught the attention of the mastermind behind Mat Kilau, Syamsul Yusof, which angered him.

“Audience is not allowed to upload any clip longer than 5 seconds, or the movie producer has the right to sue you and legal action will be taken.”

Syamsul was previously to endure several legal troubles when his horror film, Munafik 2 was uploaded ahead of its release, where the responsible parties were prosecuted for the infringement. 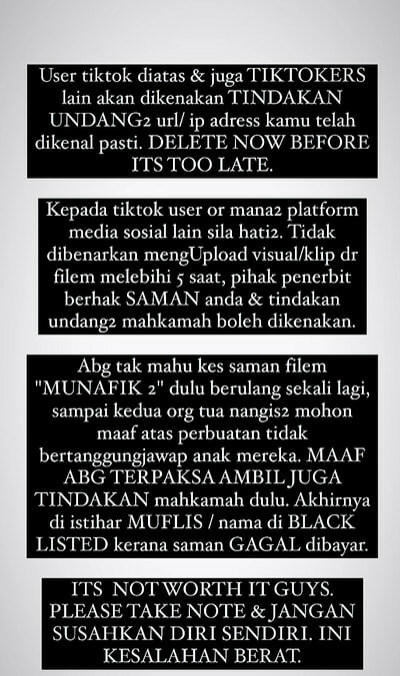 “It’s not worth it, guys. Please take note and save yourself the trouble. It’s a huge offense,” Syamsul recalled.

Taking pictures or recording the film is actually an offense under the Copyright Act 1997 where a fine of RM20,000 or one prison sentence up to 5 years will be taxed if you are found guilty.

If you frequently visit cinemas, you’ve probably noticed the “friendly reminder” just before the movie starts. The advertisement reminds customers NOT to take or record parts of the film.

In case you missed it, the ad below might ring the bell.

We hope this serves as a solid reminder to all visitors who rarely think twice before sharing movie clips on their social media. To quote Syamsul Yusof, “It’s really not worth it, guys.”

Also Read: Do We Really Need Deleted Scenes or Censorship in 18+ Movies Like Scream? 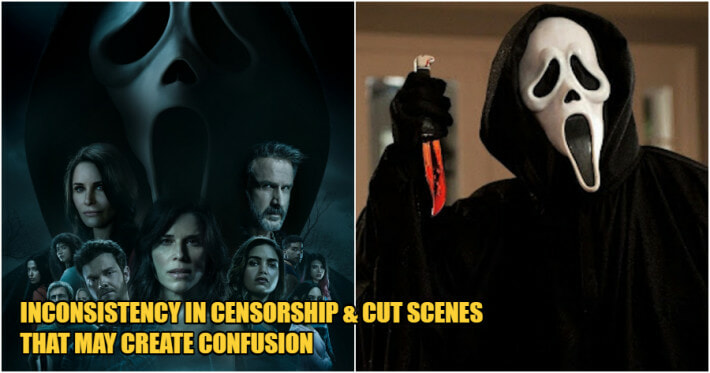 10 of the most iconic horror movie scenes of all time, ranked from scariest to scariest